Home / Blog / Monohull yachts: a buyer’s guide
Back to articles

There are many different types of monohull sailboats: habitable or non-habitable, dinghies or keel type monohulls, and racing or pleasure boats. At Dream Yacht Sales, we focus on the heart of the market: habitable, keel type monohull yachts. These boats are firm favorites, as they offer enough on-board comfort for you to welcome friends and family (our monohull boats for sale generally include several cabins and bathrooms); and give a feeling of complete security, thanks to a fixed keel.

Features of a monohull sailboat

The most noticeable feature of a monohull, is the fact it only has one hull. Apart from that, these yachts are characterized by their narrow designs, triangular-shaped bow and split living space across two floors.

If you ask an experienced monohull sailor why they sail monohull yachts, they’ll tell you it’s the feeling you get from the boat. The pressure exercised by the wind in the sails of a monohull will cause it to lean transversally, (known as heeling). Contrary to multihulls, where heeling is almost non-existent (less than 5°), a monohull can easily reach a heel of more than 20°. The skipper will feel everything the boat is doing as it performs. Adjusting the sails is more delicate, and accelerations stronger. Monohull yachts give a true sailing experience.

Benefits of a monohull yacht

Sailors choose to purchase monohulls over sailing or power catamarans for a number of reasons, including the following:

The keel is the weighted element at the center of the hull under the waterline, which allows the boat to be balanced, whilst also serving to counter drift on modern yachts. The rudder is the submerged part of the helm under the monohull sailboat. It is used for deflecting the flow of water under the hull to change the direction you’re sailing. It’s placed at the rear of the boat, and is most often directed by a steering wheel.

Tiller handles still exist on some monohulls (often sailing yachts shorter than 30 feet) as they take up little space, but are much more physical than the alternative – the steering wheel. Steering wheels are often preferred as they allow the boat to be maneuvered much more easily – particularly yachts over 30 feet long.

The latest generation of monohull yachts are often equipped with two steering wheels, which offers two primary advantages: space and visibility. Having two steering wheels (one on the port, and the other on the starboard), allows an enormous amount of space to be freed at the center of the cockpit. This gives you more room to move while getting on and off the monohull yacht, and swimming whilst at mooring. Not only that, but for visibility, two steering wheels makes it easier to control the sails and the body of water when blocking upwind.

The main advantage of a monohull sailboat is its capacity to sail upwind – an average of 10-20 degrees better than a multihull, which massively reduces the distances traveled at this speed. The shape of a monohull naturally fits the shape of the waves when troughs of several meters form, giving a sense of safety to those on-board, as every experience is felt at the helm.

The monohull has one other advantage: it has a relatively small surface in the water and it’s light; making it easier to get it out of the water, and meaning its regular maintenance (refitting, anti-fouling etc) is less expensive.

The cost of buying a monohull yacht

From its purchase price, to berthing space and ongoing maintenance, a monohull sailboat costs much less than a catamaran. This is partly due to there being a much wider range of yachts available, than what is found with multihulls. For example, Dufour’s Grand Large range offers yachts a little more than 30 feet long, with two double cabins and one bathroom; whilst the smallest habitable catamarans usually measure around 40 feet and have a minimum of three double cabins. Because of this, monohulls are often better suited for small families, or groups of friends. For an equal size, between 40-60 feet, a monohull sailboat will also cost much less than a catamaran; with the price of a 40 foot catamaran often equal to a monohull of nearly 50 feet.

Berthing space is another thing to consider when choosing which type of yacht to buy. A berth for a monohull yacht generally costs 20-50% less than that of a similarly sized catamaran. This is often one of the biggest expenses for a boat owner and should not be neglected if you are looking to keep control of your budget. When you set sails, berths during your stops to fill up with water and food will also be much less expensive for you.

We represent the best of monohull yacht brands

There are many advantages to buying a monohull over a catamaran. At Dream Yacht Sales, we work in partnership with four leading and respected monohull boatyards: Jeanneau,  Beneteau, Dufour and Wauquiez. We are dealers for these brands in some regions of the world, and can organize a sea trial or a visit to a boatyard to help you buy a good quality monohull yacht for the greatest value for money.

Contact our team today to discuss your needs, or select a boat on our site, configure it to your taste and we’ll provide you a quote there and then.

Alternatively, you can take a look at our other buying guides:
Sailing catamarans
Power catamarans 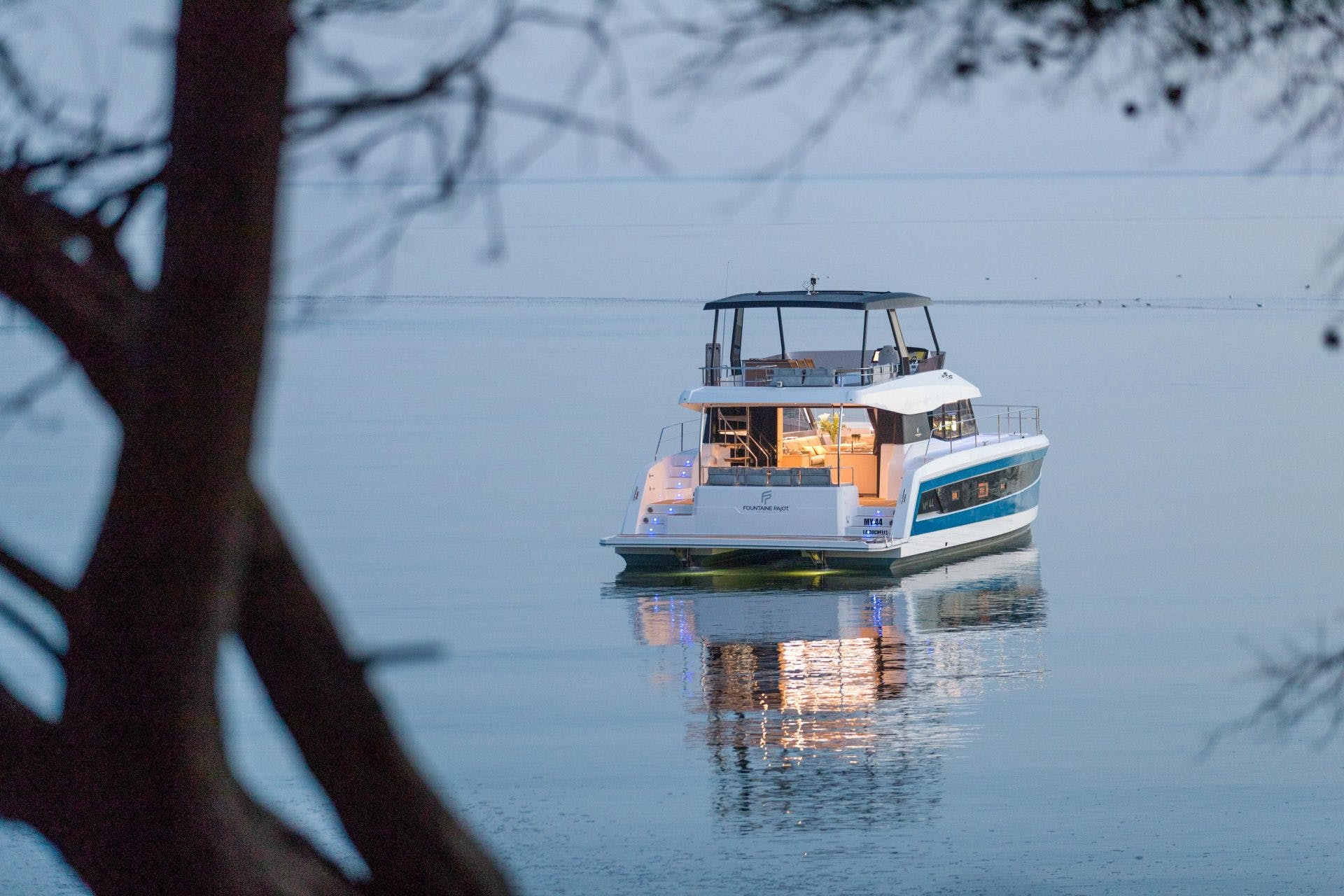 The power catamaran market attracts more buyers every year and is growing fast. All the large boatyards such as Bali Catamarans, Fountaine Pajot and Nautitech have used their expertise in the world of sailing multihulls, along with the innovative power only brand Aquila to bring a new generation of motor catamarans to market. From experienced […]
Read the article 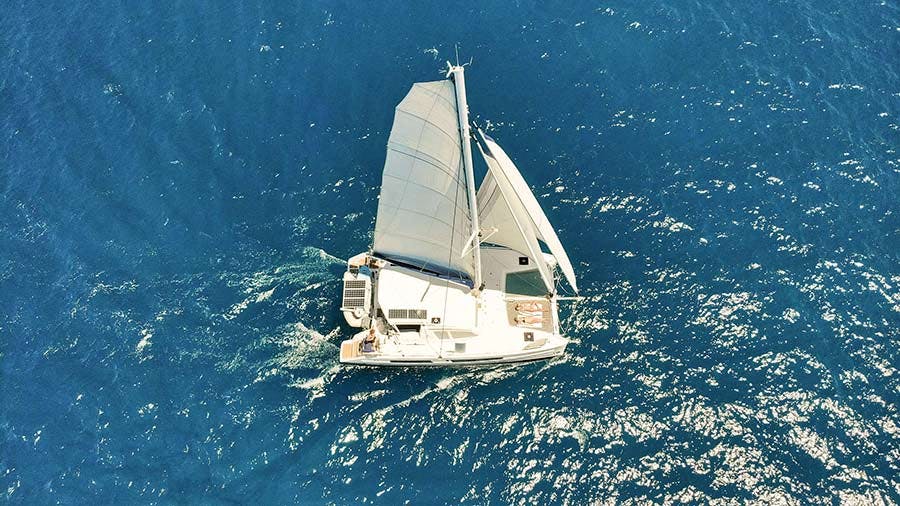 In fewer than 30 years, catamarans have revolutionized the entire boating industry. Yacht charter and rental companies now predominantly order sailing catamarans in order to satisfy an ever-increasing demand. In the second-hand catamaran market, prices are staying high as demand outstrips supply. At Dream Yacht Sales, we specialize in habitable catamaran sailing yachts between 40 […]
Read the article